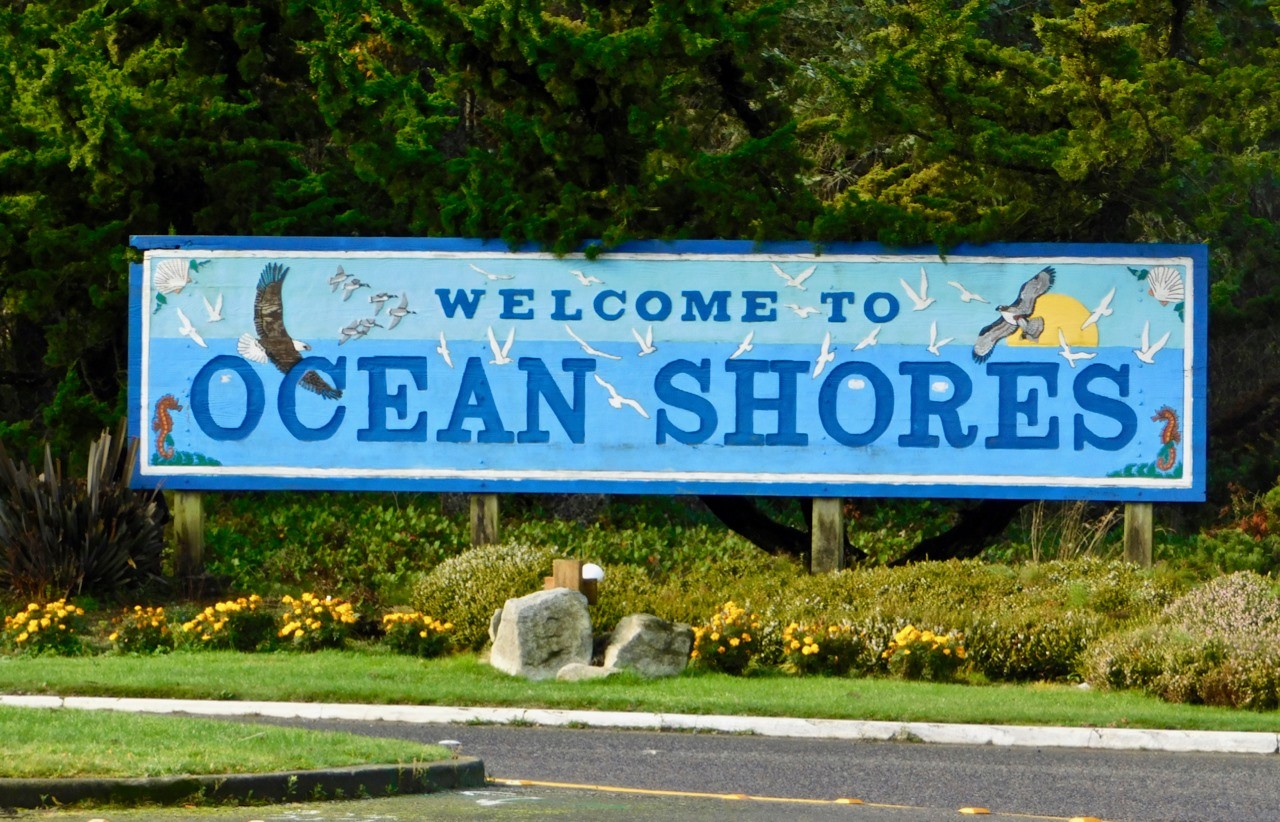 On November 3, 1970 by special election and signed off by former Washington Secretary of State Ludlow Kramer, the community of Ocean Shores became a certified city. As such, 2020 marks the 50th anniversary of Ocean Shores’ cityhood.

Anniversary events will begin with a kick-off celebration recognizing the Welcome to Ocean Shores sign, erected 20 years ago at the city gates, as a significant historical feature.

Hosting this event, the Museum of the North Beach and Coastal Interpretive Center with missions to preserve and share area history have joined forces to erect an informational plaque explaining that artist Judy McVay created the sign. The Mayor and City Council are expected to attend.

Judy McVay along with her brothers pioneered chainsaw carving as an artform, founded the chainsaw carving expo at the Puyallup Fair in the 1980’s, were instrumental in creating local carving events, and Judy was the first Washington woman to win a chainsaw carving competition. In addition to creating the Welcome to Ocean Shores sign, her work can be seen all along the Washington Coast, the Pacific Coast Scenic Byway (Hwy 101) and many other locations.

In Ocean Shores, Judy’s work can be viewed at Moby Dick’s on Point Brown Ave. where her “Sand Castle” sign hangs as well as inside the Convention Center vestibule where collaborative pieces created by Judy and her son, Boaz Backus can be found. Boaz along with brother, Steve founded the “sawdust” portion of Ocean Shores’ famed Sand and Sawdust Festival.

“The Welcome to Ocean Shores sign is a highly photographed, significant part of the experience when entering the city and should be recognized as such,” said Coastal Interpretive Center Board President, Nancy Eldridge. “The Museum of the North Beach and our friends at the Coastal Interpretive Center are proud to recognize this historical artifact,” added Museum of the North Beach Executive Director, Kelly Calhoun.

Sign dedication will commence at noon, Saturday January 18, 2020 at the city gates. A historical marker will be placed near the sign and this event will officially kick-off the year long Ocean Shores 50th anniversary celebration. Everyone is encouraged and invited to attend!

Maybe this is how it all starts!

Here’s what I’m talking about